Makoko is a slum neighborhood located in Lagos, Nigeria.

At present its population is considered to be 85,840; however, the area was not officially counted as part of the 2007 census and the population today is considered to be much higher. Established in the 18th century primarily as a fishing village, much of Makoko rests in structures constructed on stilts above Lagos Lagoon. Today the area is essentially self-governing with a very limited government presence in the community and local security being provided by area boys. In July 2012, Nigerian government officials destroyed dozens of residences after giving residents 72 hours notice of eviction. One resident was killed in the action. Lagos may continue the destruction of this historic community in order to redevelop what is now seen as prime waterfront. (source: wikipedia)

Nigeria boasts of more than 250 tribes, 521 languages and a population of 158 million people – all living in an area twice the size of California. Combine this social complexity with environmental abuse and human rights offenses, and you’re bound to hit some hurdles when launching a social justice media campaign within the country. This was the case with Nigerian NGO “SERAC” (Social Economic Rights Action Center).

After many attempts and four different producers, SERAC’s story would spend a year in an editing bay waiting for somebody to solidify the organization’s message.

Burgeon Media Principals stepped in to salvage the project. What followed were four short advocacy videos and a short documentary that were crafted into powerful tools for SERAC’s effort to uphold social justice in Nigeria. The videos have since been used to influence the African Commission for Human and People’s Rights, the Lagos Government, and Nigerian Federal Government to respect the social and economic rights of Nigerians. 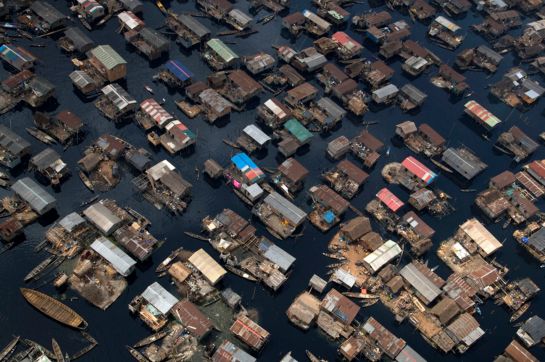